Associate Prof. Sayeda Mojgan Mostafavi d/o Sayed Hashem is born in 23th of July 1973 in Kabul city in a pious and enlightened family.

She completed the primary education in Abdul Ghaffor Nadeem and intermediate and Lycee periods in Afshar High School within 1978 to 1989.

After passing entrance examination she admitted at faculty of literature and English language of Kabul University.

Because of some problems stem from war ruling the country, the period was remained incomplete and she did to promote the course for one years.

Afterwards, because of aforementioned problems, she left Afghanistan for Iran.

Within these years, besides continuing of her teaching in schools allocated for refugees, because of personal interests, she admitted in 1994 in faculty of social science of Allamah Taba Tabaee in communication department that is the most professional of higher education center in journalism.

In such a way, with passing of education period between the years of 1995 to 1999 she did to own BA degree.

Once more, she admitted into faculty which owned the BA degree so to gain MA degree.

In the period of education, Ms. Mostafavi did to defend from her MA in 2003 under the title of “The role of mass media in development of Afghanistan” With succeeding to this, once more she did to be shone as a prominent figure in gaining of her MA.

With completion of MA period and preparing a suitable situation for repatriation and returning to homeland, she came to Kabul and was included into academic cadre of faculty of journalism of Kabul University in 2005, and is continuing her duty as a lecturer in faculty of journalism so far.

Similarly, within these years and beside of the said job, in the very days of her duty as lecturer in faculty of journalism in center of researches and policy of Kabul university, she taught lecturers and students about the methods of research in social science.

Beside of all these, in the year of her admittance in academic cadre of university, she is helping as a researcher with Inter-News in connection with research around law and morality.

The collection of this academic research is printed as a book for the first time in 2009 by the name of Media Law.

In 2006, Ms. Mostafavi cooperated with Welfare Institution as a teacher and taught “The senior Leadership and Administration Principles”.

At the same years, she cooperated Independent Human Rights Commission of Afghanistan in research about impacts of customs and traditions of Afghan women.

Based on proposal of a number of her friends she worked as head of information and public relations for one and half year in the ministry of women affairs in 2006.

Considering capability she shown in coordination of affairs and with attending to her positive and successful activities within her tenure in above said job, based on necessity of high authority of presidential office, she was appointed as Deputy Minister Technical and Policy of ministry of women affairs in 2008.

She was Deputy Minister and acting minister of this ministry for 8 years.

n  Based on the proposal of Ministry of Information and Culture in the 11th June 2015, she has been appointed as Deputy Minister in Publication Affairs of MoIC and in 12th March 2017 as the Deputy Minister of Admen, Finance &Tourism and the course of her tenure in this ministry, she taught in faculty of journalism of Kabul University as well. 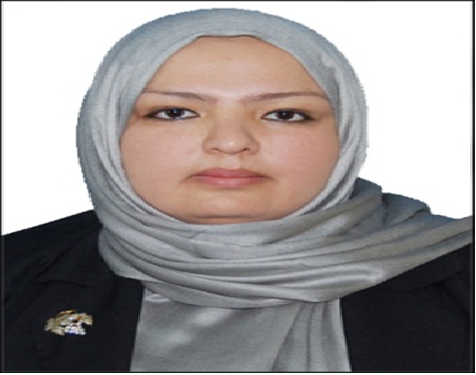