Mohammad Tahir Zohair, Son of Haji Bakhtyar, Acting Minister of Information and Culture born in a religious and agriculturalist family in 1974 in Dar-e- Soof district of Samangan province.

After the formation of government (Post Taliban era) in Afghanistan, Mr. Zohair also started his activities in various sectors of government. He holds more than twenty years of experience in cultural, political, social and administrative spheres and has worked in different government and non government positions.

He served for one year as people representative of Samangan people (2010-2011) in Afghan Parliament and tried his best to be in service of his people and preformed his legal duties and responsibilities in well manner.

Beside these responsibilities, Mr. Zohair worked as Political adviser to the Second Vice President from (2011- 2014). He during these years made attempts and presented effective advices in highlighting the political position of the country.

Mr. Zohair’s university education and higher Islamic Studies, work experience and his political, cultural and military experiences made him able to attract the attention of H.E the President of Afghanistan and appointed him as Bamyan governor.

Mr. Zohair worked as Bamyan governor for five years and during these years he strived to improve the living condition of people, strengthening and promoting of cultural programs, supporting media, social and civil institutions and brought positive changes in local good governance sphere and left behind great achievements in this sector.

He during his governance made tremendous efforts to strengthen and maintain Bamyan province relations with countries supporting Afghan government and nation, during Mr. Zohairs administration in Bamyan province MoU of sisterhood was signed between Bamyan and Ginsu State of the People Republic of China and Matera City of Italy and Bamyan province hosted high level international delegation, friend and supporting countries of Afghanistan.

Mr. Zohair based on the recent decree (7. June.2020)  of H.E the President of the Islamic Republic of Afghanistan has been appointed as acting minister of information and culture. He beside official duties has been active in cultural, social, political and media activities.  He was also the member of Jamea-e- Baz (Open Society) Writers Council. 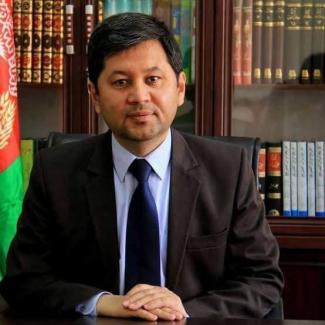